The Fourth Ministerial Conference on the Role of Women in Development has taken place in 3 days, from 4 to 6 December 2012 in Jakarta. The conference was attended by 40 OIC member states, subsidiary organs and invitees with total participation of almost 200 delegates. 23 OIC Head of Delegations were at the ministerial level. This is an increase of participation on the ministerial level, compared to the previous conference held in Tehran. The conference was officially opened by the Vice President on 4 December 2012, while the Coordinating Minister for People’s Welfare officially closed the conference on 6 December 2012. In this conference, the Minister for Women Empowerment and Child Protection was elected by acclamation as Chair of the conference, with three vice chairs from Egypt, Uganda, Palestine and one rapporteur from the Islamic Republic of Iran.

The Fourth Conference took the theme of “Strengthening Women Participation and Role in Economic Development in OIC Member States”. In line with the theme, The Ministerial Conference has successfully adopted Jakarta Declaration on the strengthening of women’s role and participation in the economic development of OIC member states. Jakarta Declaration focuses on the efforts  to create an enabling environment  that will strengthen the role and participation of women in the economy. The declaration comprises several recommendations to respond to the issues equally faced by the OIC member states regarding women in economy, among others:

1. In general, to implement gender mainstreaming as a key strategy for achieving gender equality and empowerment of women in all areas.

2. In general, to support full role and participation of women in economy by ensuring the fulfillment of their basic rights through:

(ii) the elimination of all forms of violence against women including through gender sensitive training for law enforcement officials, judiciary officials, and those who are at the forefront in dealing with cases and victims of violence, furthermore, encourage government to establish victim protection mechanism to help the victims cope with the trauma;

(iii) the creation of a framework to ensure the attainment of gender justice by introducing policies and regulations that are inclusive of women which include the legal system reform that established a gendered perspective in law and increase the capacity of the law enforcement officials;

(iv) the increase of women’s access to basic services through providing free healthcare for women who are poor and marginalized.

3. Regarding women’s issues in economy in particular, a number of measures need to be implemented, inter alia:

(i) Enhance the economic capacity of women through access to productive resources, including land, capital, microcredit/microfinance and science and technology, such as by creating programs to develop  their financial literacy and other trainings;

(iii) Enhance the skills and capacities of women to be able to compete in the labor force through policies to improve women’s access to education, including quality education, and targeted vocational trainings;

(iv) Overcome segregation of men and women in employment and social life through the development of gender sensitive curricula at all levels and conduct concrete steps in ensuring that education curricula will not perpetuate gender stereotypes.

4. On way forward, the declaration calls for:

(ii) OIC member states to sign the statute of the OIC Women Development Organization so that the organization could be fully functional and contribute to the deliberation of women’s issues in OIC. In this occassion, Indonesia has officially signed this statute;

(iii) Independent Human Rights Commission (IPHRC) to continue the discussion of women’s and children’s rights in its work. In relation to this, Indonesia was the host of the inaugural session of IPHRC in February 2012;

(iv) all related stakeholders, including private sector, academics, Civil Society Organizations, foundations and to promote gender equality and the empowerment of women, including  through the cooperation with the government.

5. The Ministry of Women Empowerment and Child Protection took this opportunity to hold a number of bilateral meetings including with UN Under Secretary General/Executive Director UN Women, Kuwait, United Arab Emirates, Mali, Afghanistan, Gabon, Somalia and Iran. Furthermore, on the sideline of this Conference, an MoU on the protection of women was signed between Indonesia and Mozambique delegation.

6. During the conference, OIC Member States conveyed their salutation and support on the success of Palestine in achieving the status of “non member observer state” in the United Nations and hoped that this could boost the leverage in the pursuit for peace with Israel and the achievement of the full independence and sovereignty of Palestine living peacefully side by side with Israel. Further, the discussion also highlights the importance of improving the status and capacity of Palestinian women to contribute to the development of independent State of Palestine.

7. The conference also held side event entitled “Islam and Women Rights in Democracy Indonesia” with Prof. Dr. Nasaruddin Umar, MA, Dr. Siti Ruhaini Dzuhayatin,  Ibu Yuniyanti Chuzaifah, Ph.D and Dra. Sri Danti, MA as speakers. All participants were invited to visit the Katumbiri Expo held in JCC with the theme of "The Role of Women and Men in Achieving Sustainable Development Towards Nation’s Welfare" which exhibits handicrafts, batik, and other arts products produced by Micro, Small and Medium Enterprises (MSMEs) managed by women in many parts of Indonesia including from the least-developed areas. 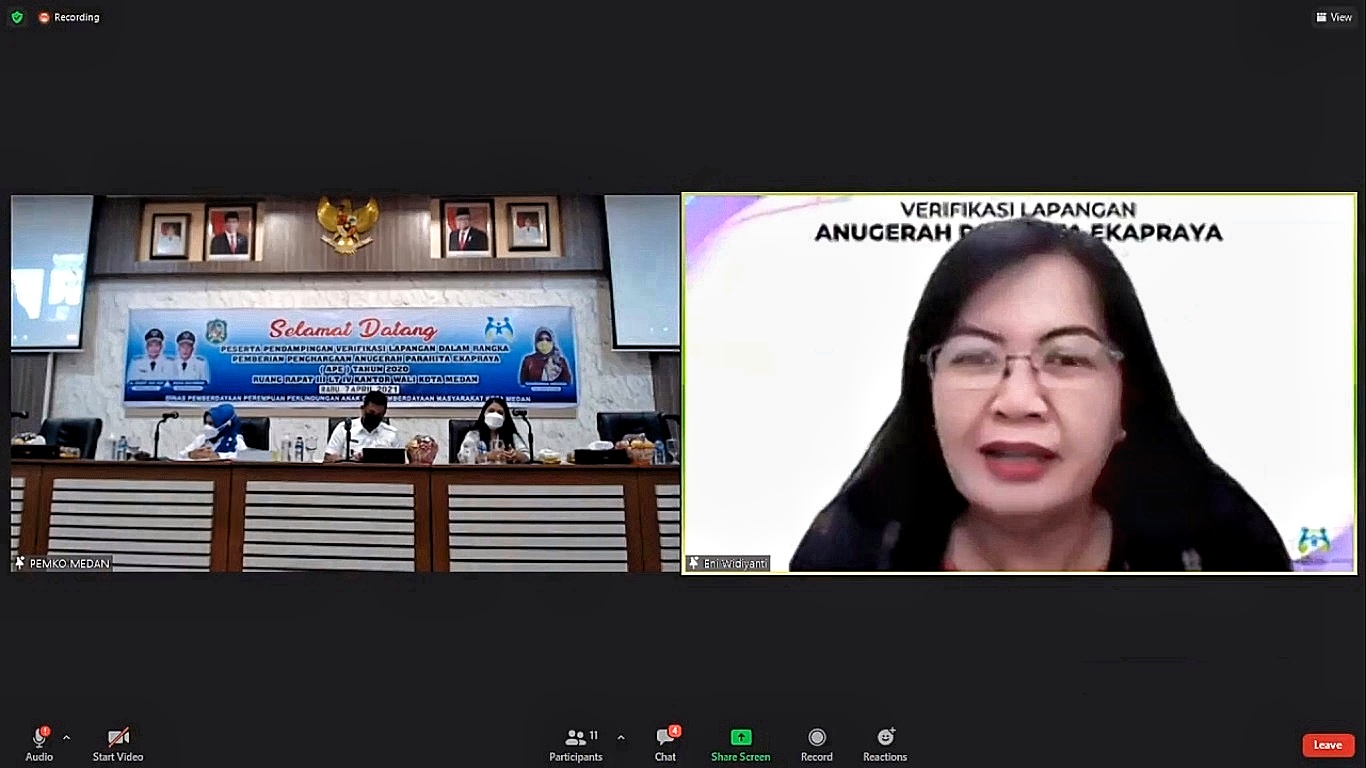 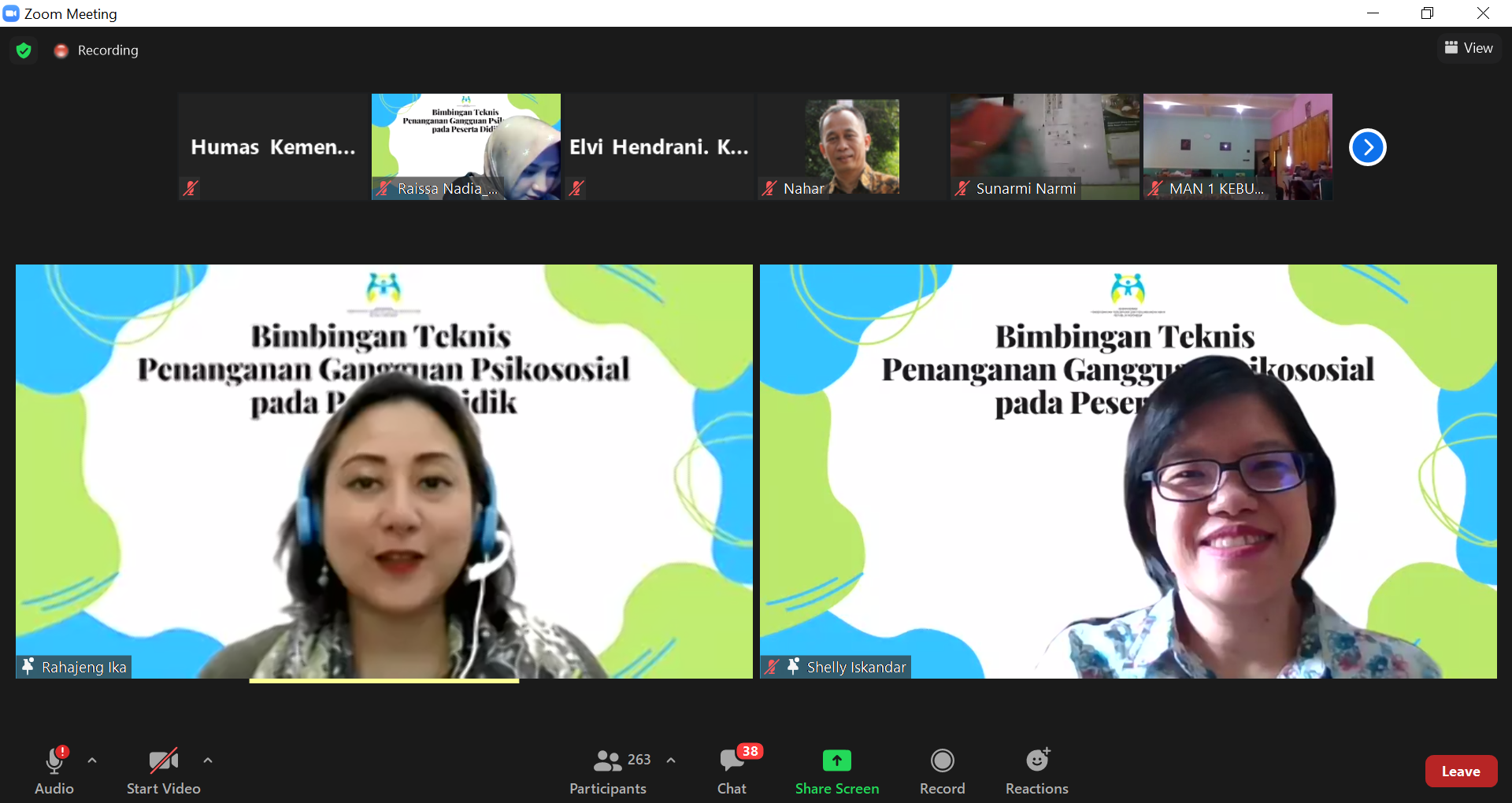 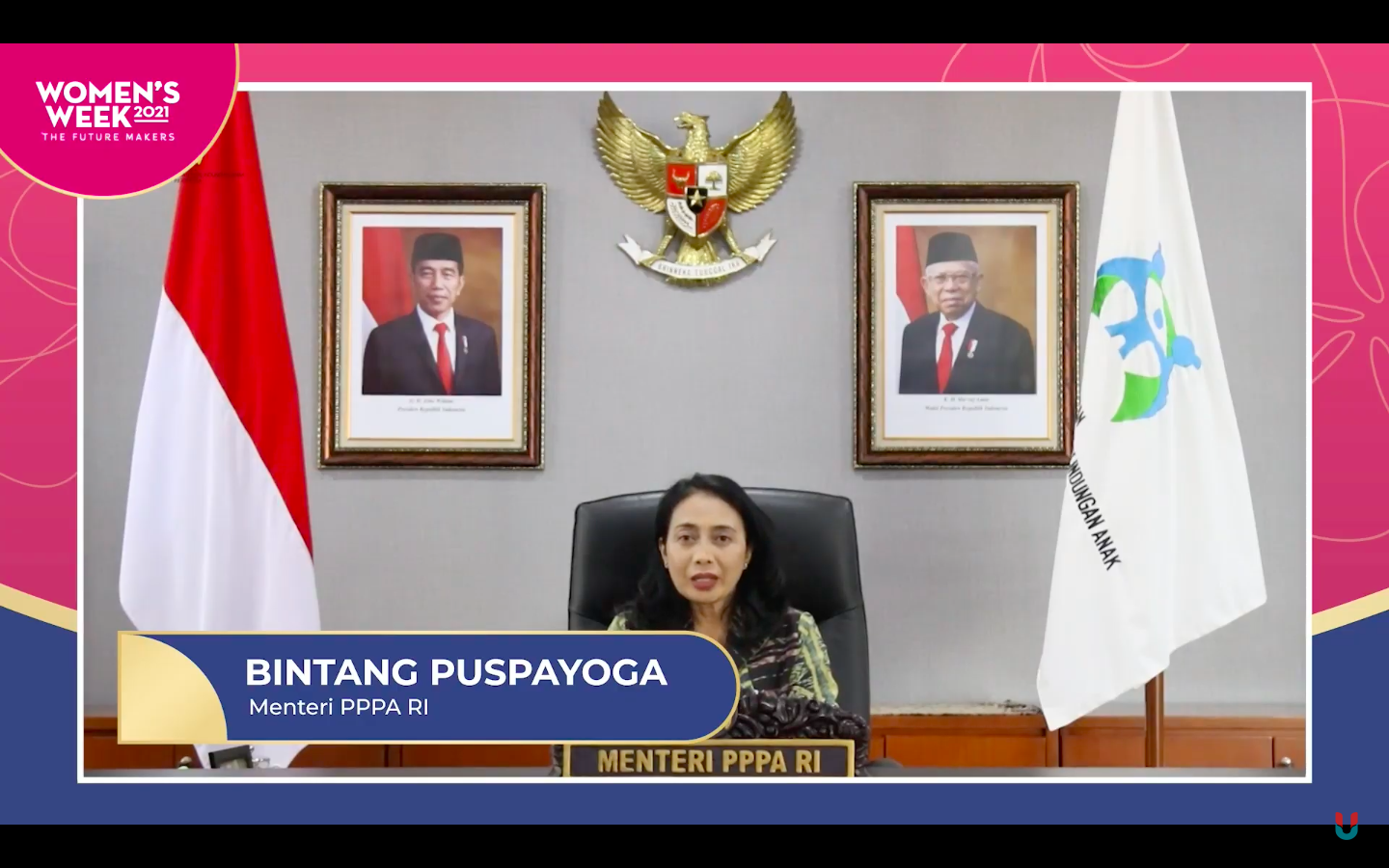 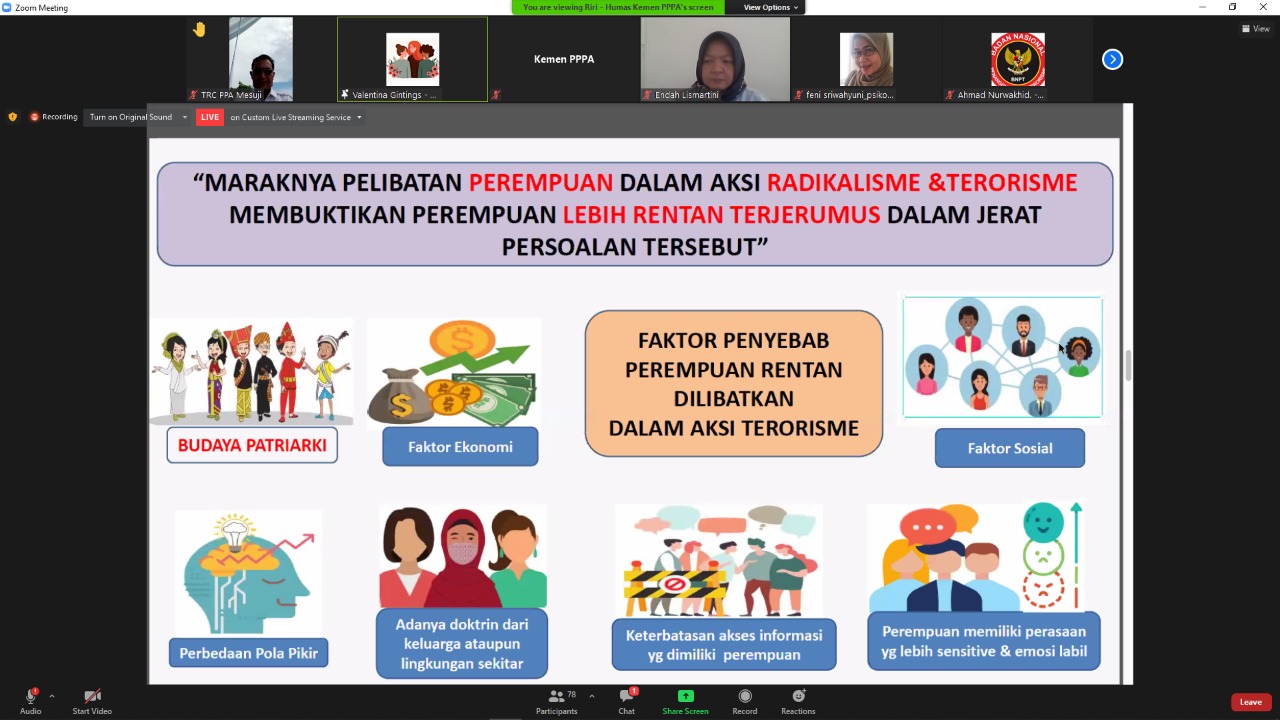 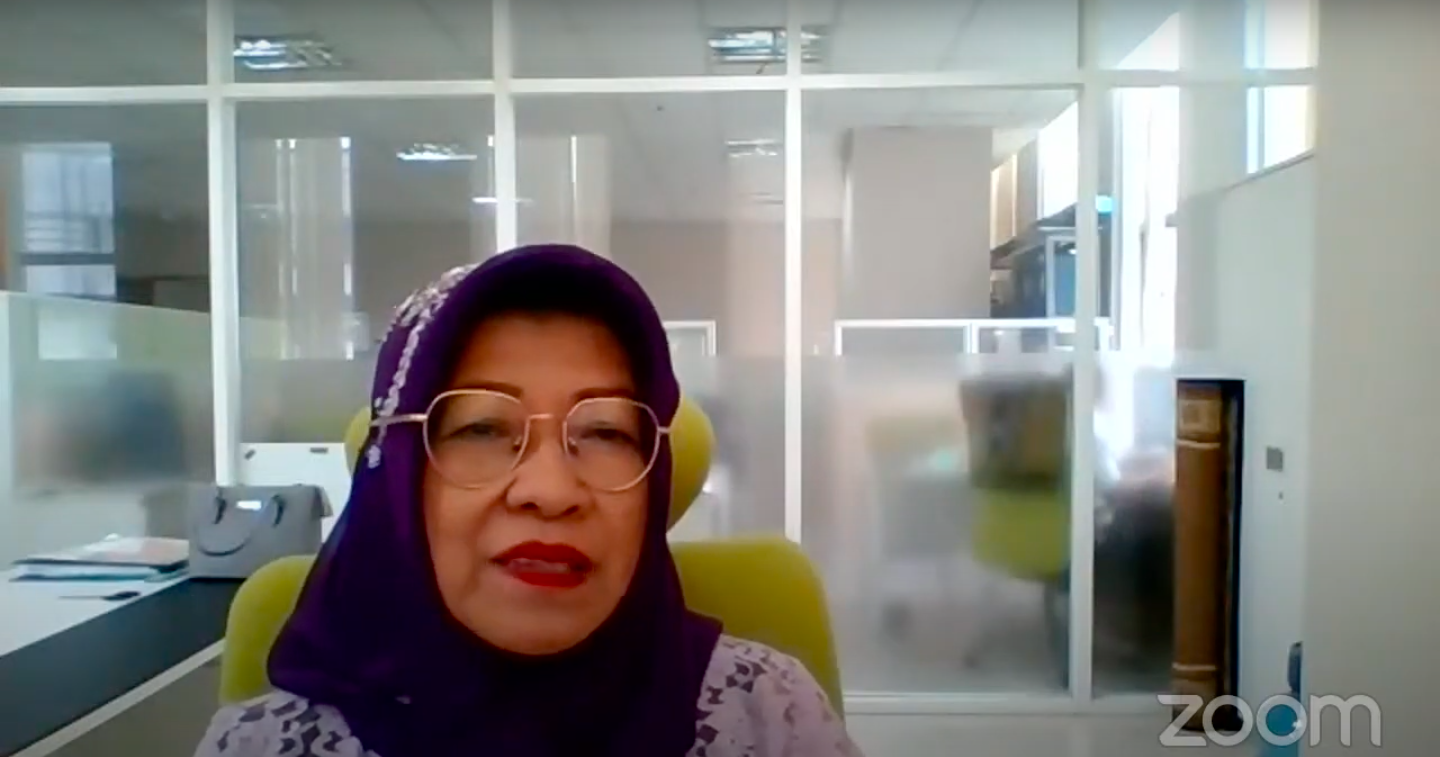